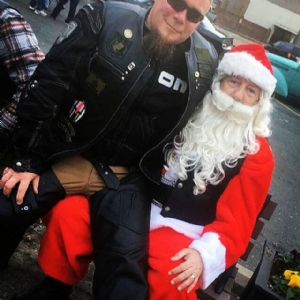 Shane "Bam-Bam" Fowler is the President Of Cole-Miers Riders, and was instrumental in the groups standing up! A First 18 Charter Member, Bam-Bam's Duties are:
Bam-Bam has Ridden Dirt bikes and ATVs since childhood even racing in events in Southern Nevada where he grew up, He got his 1st Motorcycle at 17 Years old and currently Rides a Honda Magna 750 and Goldwing F6B